Some of the counties which gave the document a green light include Murang’a, Bungoma, Kitui, Taita Taveta, Narok Nyeri, Mombasa, Machakos, and Kakamega, with moe counties giving the green light for the bill.

The Building Bridges Initiative (BBI) Secretariat was thrown into jubilation after the Constitutional Amendment Bill was passed by more than 25 county assemblies.

Some of the counties which gave the document a green light include Murang’a, Bungoma, Kitui, Taita Taveta, Narok, Nyeri, Mombasa, Machakos, and Kakamega, with more counties giving the green light for the bill.

"We have 25 County Assemblies who have passed the BBI Bill and still counting," BBI Secretariat Co-Chair Dennis Waweru stated, amidst jubilant celebration.

The bill now moves on to Parliament where the final vote will be taken to decide if Kenyans will vote for or against its proposals in a nationwide referendum.

The county assemblies join Siaya, Kisumu, Homa Bay, Busia, Vihiga, Trans Nzoia, Nairobi, Kisii, West Pokot, Kajiado, Laikipia and Samburu that had already given their nod for the process that seeks to change Kenya’s current governance system and increase funds to the counties.

The BBI secretariat is already underway preparing for the next phase of the BBI, chief among them countrywide tours to pass the referendum message to Kenyans.

“From March 1, we are rolling out countrywide tours to take BBI to the people. With all the signs that the assemblies will pass the document by a big number, we will be rolling out grand plans to tell to the people what is in the document and counter any propaganda out there,” National Assembly minority whip Junet Mohamed, who is also the BBI secretariat co-chairman, told the Nation.

The BBI proponents have tabled massive rallies to sell the document to Kenyans ahead of a June referendum after getting the nod from a minimum of 24 county assemblies.

“We wish to emphasize that we are within the timelines we had communicated earlier, and we are on course to hold the referendum by June 2021. We are confident of obtaining approvals from at least 35 county assemblies, way above the constitutional threshold of 24 counties,” BBI secretariat co-chairman Dennis Waweru told journalists.

The roadmap to the proposed June referendum is now on course as the BBI secretariat had planned to wrap up the county approval stage by the close of February.

According to the schedule, the Parliamentary stage will have to be concluded by the end of April. 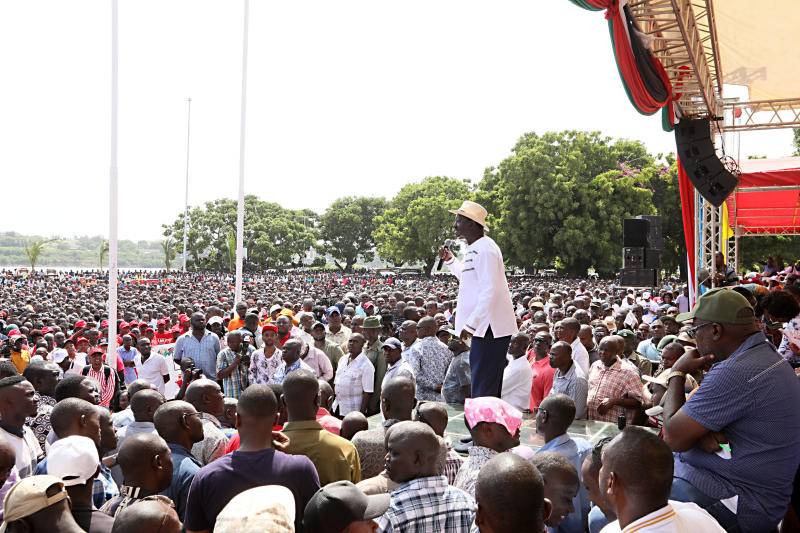