The accident left him with "non-life-threatening injuries" consisting of compound fractures in his legs, which were also splinted on the scene, according to CNN.

The accident left him with "non-life-threatening injuries" consisting of compound fractures in his legs, which were also splinted on the scene, according to CNN.

Well known for emerging from his shadow to complete one of the greatest comebacks in golf history, Woods was driving a 2021 Genesis GV80 SUV at the time of the accident. Its front end was destroyed and the airbags deployed. 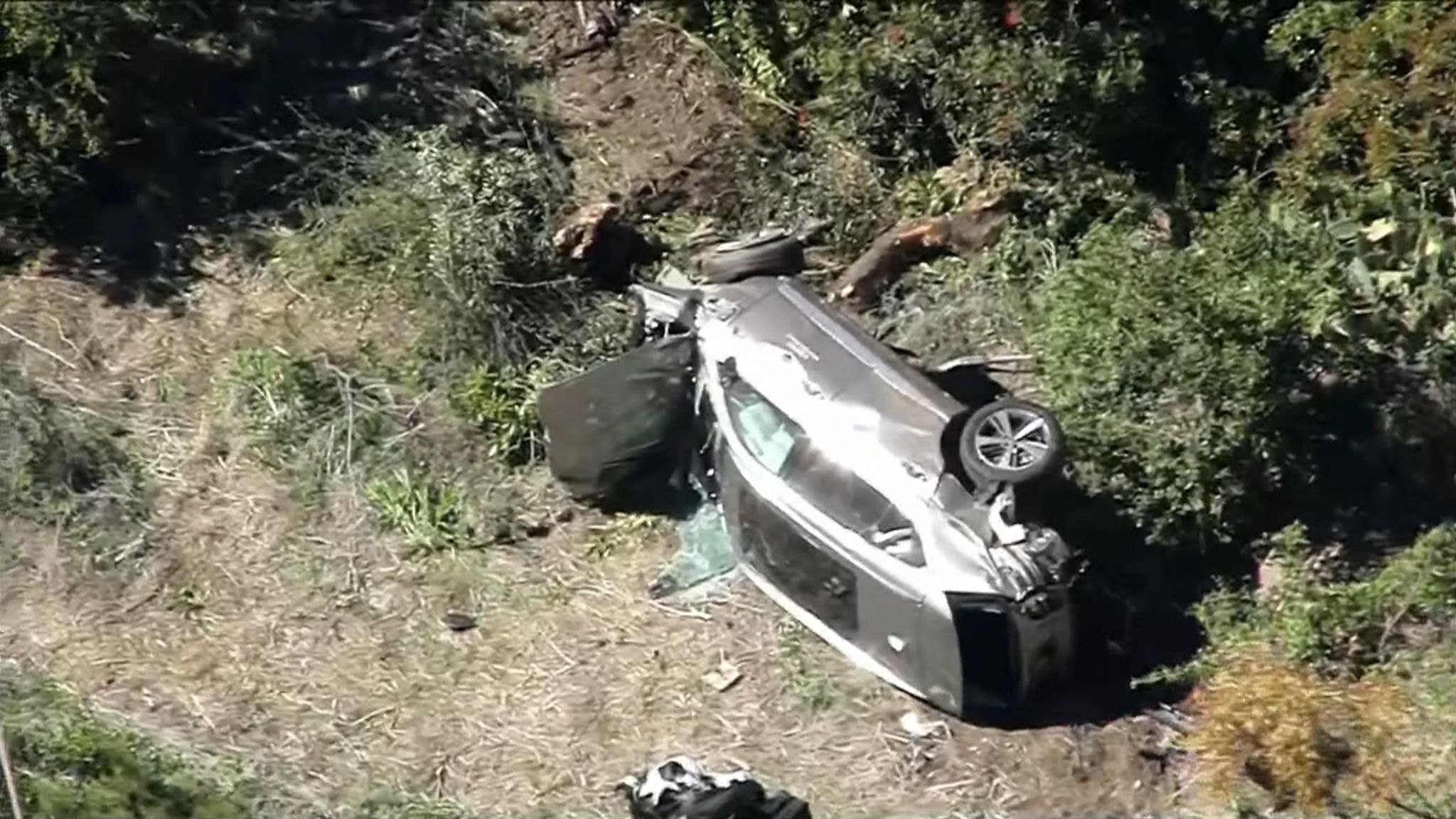 "A compound fracture is an open fracture, and the bone actually protrudes from the skin, something that would have been noticeable at the time of the injury and ... something that obviously needs to be treated very quickly," CNN Medical Correspondent Dr. Sanjay Gupta stated.

Sheriff Alex Villanueva of Los Angeles County, California noted that Woods was driving at a “relatively greater speed than normal” when his vehicle crossed a median and went across two lanes of the wrong side of the road before hitting a pavement, a tree, and landing on its side off the roadway on a hillside. No other vehicles were involved. 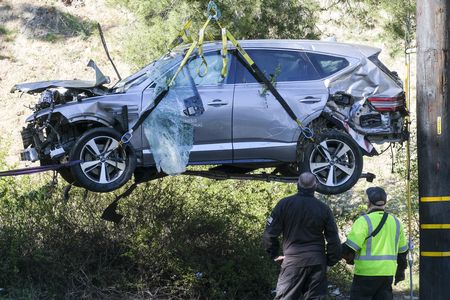 A Los Angeles County sheriff’s deputy who was the first to arrive on scene added that he found Woods still in the driver’s seat, strapped to his seatbelt and that the golfer was conscious enough to tell him his name.

Personnel from the LACSD said the interior of the vehicle Woods was driving was untouched—and that, combined with Woods wearing a seatbelt, he escaped what “otherwise would have been a fatal crash”. Deputy Carlos Gonzalez further added that the 15-time major champion was lucid and calm, potentially in shock, and didn’t seem to be concerned with his injuries at the time.

911 responded to calls from a neighbor concerning the accident. Firefighters who were among the first respondents at the scene used a pry bar and an axe to extricate the golfer.

He added that Woods was put in a neck collar and on a backboard and rushed to hospital in stable condition with serious injuries to both legs.

Traffic investigators could take days or weeks to determine the cause of the crash as they investigate whether speed, fatigue, or driver error were factors, or whether Woods struck something in the road, causing him to lose control.

Woods was in California for a two-day content shoot with Golf Digest/GOLFTV after serving as host for the Genesis Invitational, which concluded on Sunday, February 23.

Photos surfaced on social media on Monday, February 22 of Woods smiling with Dwayne Wade and David Spade at Rolling Hills Country Club. Woods did not play however as his movements remain restricted from the back surgery he had a few months ago. 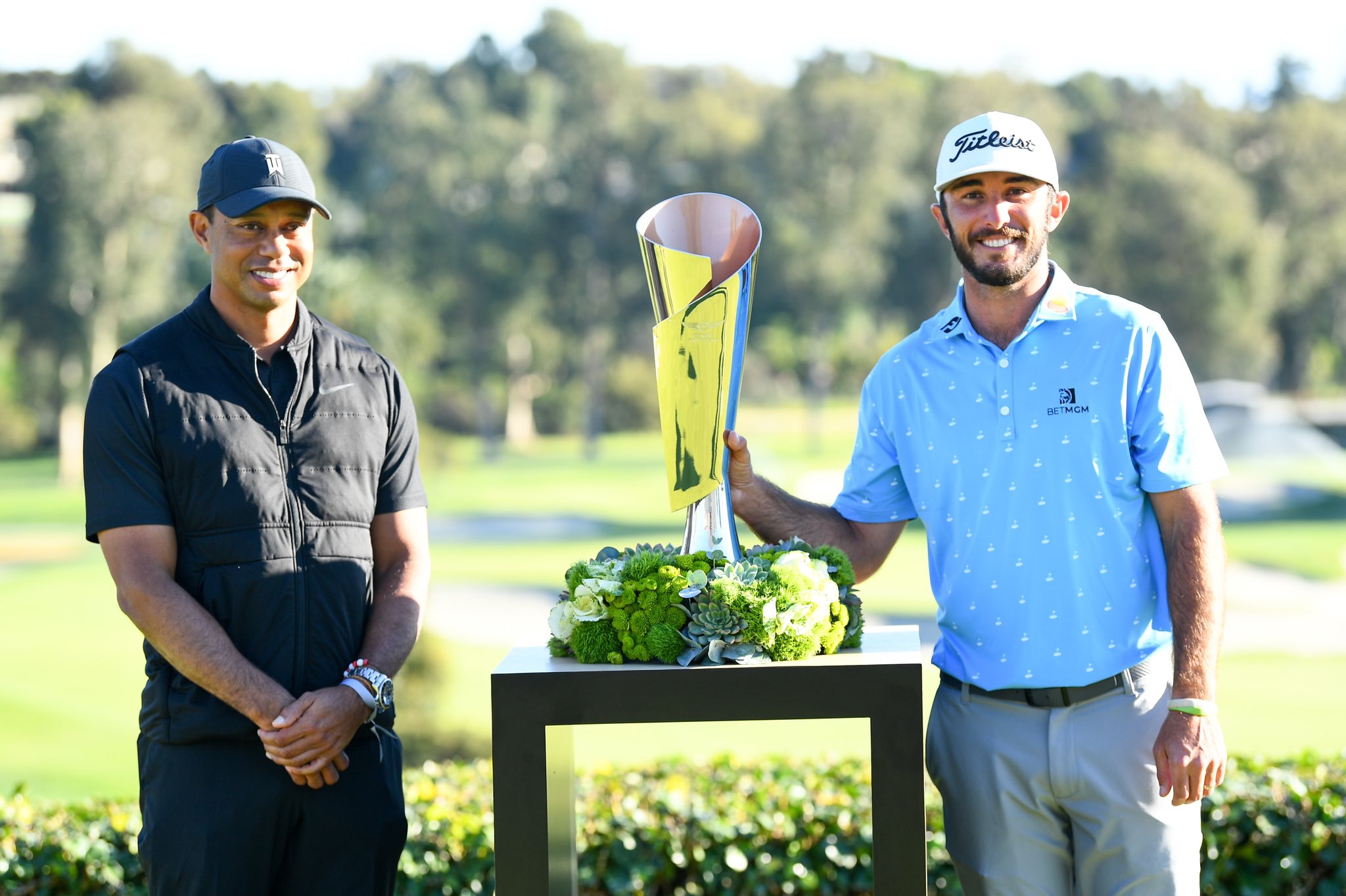 Military Involved In Mission To Bring Down Caroline Kangogo