I am deeply saddened to learn of the passing of Prof. George Magoha... 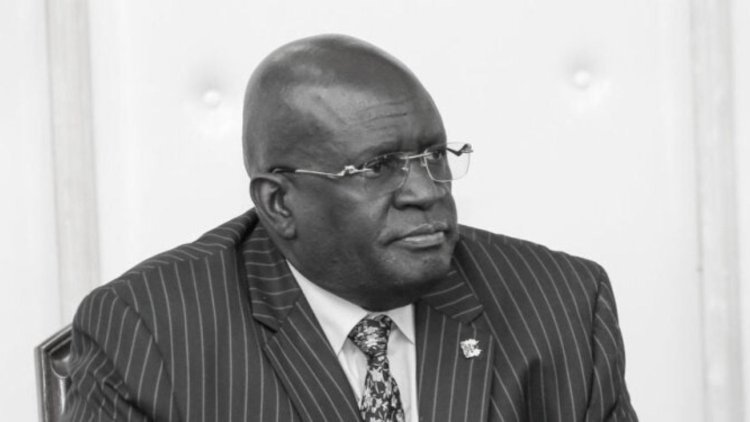 In his statement, Raila hailed Magoha as an influential individual who left an indelible mark on Kenya's education system.

"I am deeply saddened to learn of the passing of Prof. George Magoha, a transformational leader, illustrious scholar, dedicated public servant, and distinguished medical doctor who left an indelible mark on our country's education system.

"We will remember him for his incredible intellect, wit, and ability to inspire and challenge us to do our best. My condolences go out to his family and colleagues. May he Rest In Eternal Peace," Raila wrote on social media.

Raila Odinga greets a huge crowd as he makes his way to Kamukunji grounds on January 23, 2023. /RAILA ODINGA

Embakasi East Constituency MP Babu Owino, on his part, mourned Magoha, terming him as a figure who inspired him to pursue his education.

"Grief is just love with no place to go. You will be with whom you love Professor. To Him, we belong and to Him, we return.

”Babu, you are tried and tested and you can be anything in this country. Go and save this country," he wrote.

Magoha is survived by his son Dr Michael Magoha as well as his wife, Dr Barbra Magoha. His family had confirmed that Magoha had died at Nairobi Hospital on Tuesday, January 24 following a cardiac arrest.

"It is with great regret that we announce the sudden and untimely demise of Prof. George Magoha, EBS, OGW this evening at The Nairobi Hospital.

"Professor Magoha collapsed at home and was rushed to the Nairobi Hospital A&E. Efforts to resuscitate him were unsuccessful. Kindly join me in condoling with his family and colleagues," announced the Nairobi Hospital Chief Executive Officer (CEO) James Nyamongo in a statement.

His death now comes as a double blow to the Magoha family as his brother, Prof Richard Nyabera Magoha, was set to be buried this Saturday, January 28 after passing on in the United States (US) on December 6, 2022.

Born in 1952, Professor George Magoha was a Kenyan medical doctor and academician who has had a successful career in both medicine and education. After completing his primary education in Yala and Nairobi, he attended Starehe Boys Centre and Strathmore College for his high school education.

He then went on to study medicine at the University of Lagos in Nigeria. He later specialized in Surgery and Urology at Lagos University Teaching Hospital, University College Hospital, Ibadan, Royal College of Surgeons in Dublin, Ireland, and the Royal Postgraduate Medical School Hammersmith Hospital, London, Department of Urology, where he earned various academic awards.

In addition to his medical training, Professor Magoha also trained in executive management at the Stanford University Graduate School of Business and has received numerous international professional honours and awards. He was also recognized locally, receiving the Moran of the Burning Spear (MBS) and Elder of the Burning Spear (EBS) awards.

In 1988, Professor Magoha joined the University of Nairobi as a lecturer in Urological Surgery and quickly rose through the ranks, becoming a full Professor of Surgery in 2000. He held various administrative positions at the university, including Chairman of the Academic Department of Surgery, Dean of the School of Medicine, Principal of the College of Health Sciences, Deputy Vice-Chancellor in charge of Administration and Finance, and finally, Vice-Chancellor in January 2005.

During his tenure as Vice-Chancellor, he led the university to achieve an “Excellent” rating in the Performance Contracting evaluation for government institutions.

He also served as a commissioner in the Commission for Higher Education (CHE) from 2005 to 2013.

In addition to his professional accomplishments, Professor Magoha was a prolific researcher, having published more than 60 peer-reviewed publications and supervised the completion of over 40 Master of Medicine (Surgery) students.

Former President Uhuru Kenyatta appointed Magoha as KNEC chair in 2015 before promoting him on March 1, 2019, to the position of Education CS. He was officially sworn into the docket on March 26, 2019. 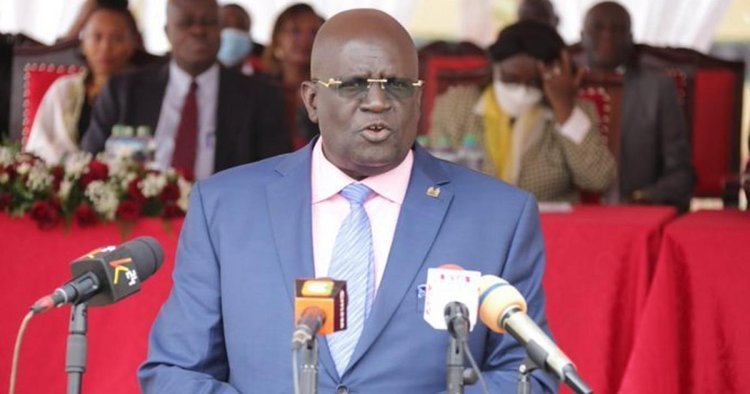 Prior to his appointment, Magoha was the Kenya National Examination Council (KNEC) chairperson, where he was credited for spearheading the reforms at the council. The former head of state expressed confidence that Magoha would manage the finances in the education ministry in a proper and good manner and ensure that the new  Competency-Based Curriculum (CBC) would be implemented without fail.

“So you are not coming into a field that is new to you. You are very familiar with it and I am really counting on you to help us and to support us to ensure that we are able to deliver to the people of Kenya; especially this issue of one hundred per cent transition,” Uhuru said.

“You have been part and parcel of that whole process. So, there is nothing new. Again, to you, it is something you understand and I'm really counting on you being able to work together with your colleagues and myself to ensure that we deliver to the people of Kenya."

As CS, he implemented the 100 per cent transition for all learners from primary school to the secondary school level. He also oversaw the implementation of CBC.

How DCI Officer Posing As 'Mare Mare' Seller Cornered Most...

How Events Leading To Sentencing In Willie Kimani Murder...

Justice Lessit issued the verdict after both the prosecution and the defence team... 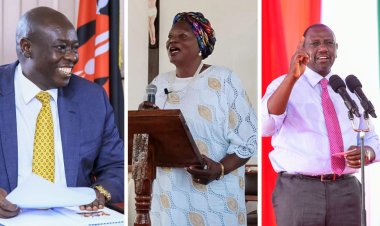 Mama Ngina accused a section of politicians of propagating lies so that Kenyans... 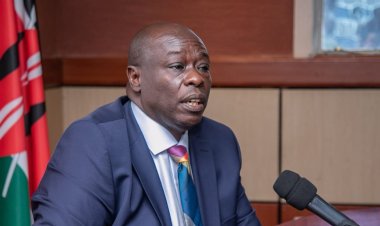 The pilot phase targets about 2.1 million farmers in 12 counties. 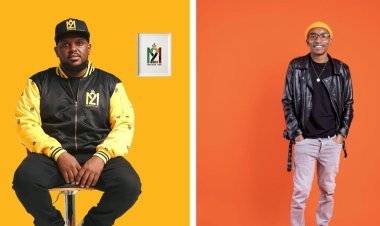 Nonini has been sharing a Twitter thread since July 27, 2022, containing updates... 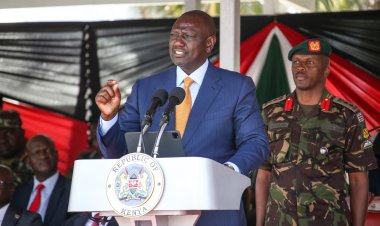 Some of the members appointed include... 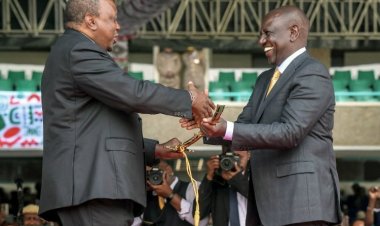 Some of the companies being investigated, he said, are those whose owners had enjoyed... 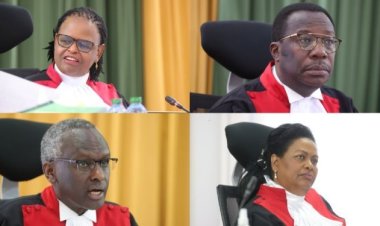 However, it ruled that in divorce cases, each partner should leave the marriage... 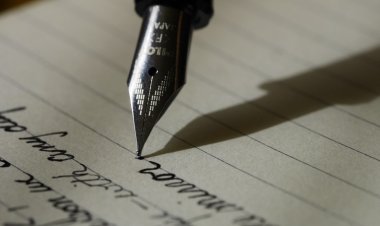 To My 26-Year-Old Self: From Intern To Digital Media Guru 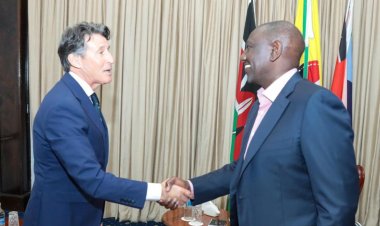 He met Sebastian Coe, who is the President of the world athletics body, the International... 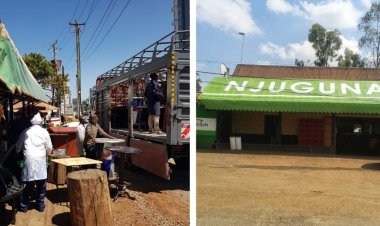 Truth About Popular Njuguna's Restaurant Closing Down After...

Former MP Kabando wa Kabando was among Kenyans reacting to the reported closure...